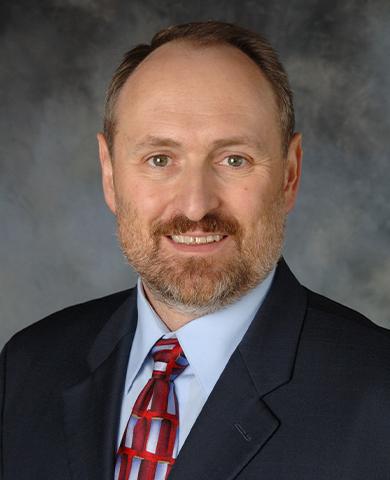 He has been the Director of Pharmacy at CarePro Home Infusion in Cedar Rapids, Iowa since 1993. In this position, he is responsible for budget development for home infusion, non-sterile compounding, in addition to nursing. Bryce also oversees the selection and implementation of new computer software specific for home infusion therapy companies, approves purchasing contracts and Group Purchasing Organization participation, and assures compliance with USP<797>.

Prior to this, Bryce was the Director of Clinical Pharmacy Services and Operations Director for Option Care of East Central Iowa where he was responsible for all office related functions including nursing, pharmacy and billing operations. He has considerable experience with parenteral and enteral nutrition and has been a Board Certified Nutrition Support Pharmacist since 2000.

He has given numerous presentations to local and state organizations about parenteral nutrition in the home setting. He has also been a presenter and roundtable facilitator at NHIA Annual Conferences. Bryce has served on the NHIA Board of Directors since 2012. As part of the Board, he serves on the Government Affairs Committee assisting with advocacy efforts at the National and State level to advance the Medicare Home Infusion Site of Care Act. At the state level, he has participated on many committees and in the House of Delegates for the Iowa Pharmacy Association. Bryce is a preceptor for students from the University Of Iowa College Of Pharmacy and his location was named “Preceptors of the Year” in 2010.