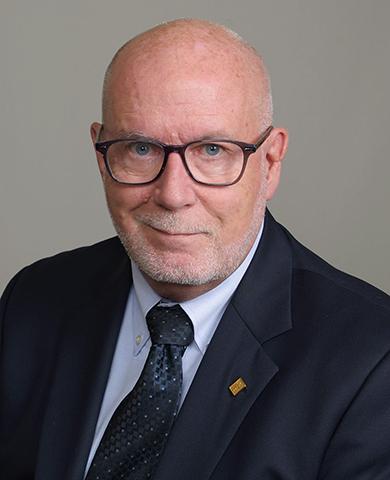 Dennis McAllister (RPh, FASHP) is a Visante consultant providing counsel in hospital and health system pharmacy and the pharmaceutical industry. Dennis brings deep knowledge and experience in standards of care, pharmacy regulation, healthcare leadership and the business of pharmacy.

Dennis’s vast experience includes serving as the four-time president of the Arizona State Board of Pharmacy and being appointed to the board by five governors. He is a past president of the National Association of Boards of Pharmacy (NABP) and served on the Executive Committee for over 10 years. He has served on the board of directors for the Accreditation Council for Pharmaceutical Education (ACPE) where he helped guide the re-write of accreditation standards for pharmacy schools across the country.

Most recently, Dennis was the Senior Director of Pharmacy Regulatory Affairs for Express Scripts, supervising a team that covered all 50 state boards. He also was the Pharmacist in Charge for Humana Mail Pharmacy that filled more than 35,000 prescriptions per day.

Dennis brings additional hospital and health system experience from his leadership as Director of Pharmacy for three hospitals, two in rural areas and the other, an 800-bed facility with an attached children’s hospital in an urban setting.

Dennis served in the U.S. Air Force as a pharmacy officer and opened and operated a community pharmacy after leaving active duty. He earned his degree in pharmacy from the University of Minnesota.