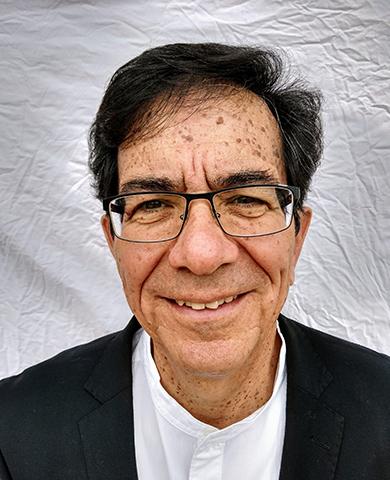 Gilbert Romero (BSPharm, Six Sigma MBB) has over 36 years of acute care hospital experience. Over 15 years as Director of Pharmacy, 13 years as Manager of Pharmacy Operations, and 3 years as a Six Sigma Black Belt and Master Black Belt.  He is passionate about improving patient care and proving it via process improvement methodology and data analysis.

Prior to his position with Visante as a Senior Consultant in process improvement, Gilbert was Director of Pharmacy Services at Tucson Medical Center (TMC), a 650 bed acute care facility where he oversaw more than 100 employees, and was responsible for all aspects of pharmacy operations.  He was responsible for a personnel budget of approximately $3.5M, and a drug budget of nearly $20M/year.  Per national benchmarking, TMC Pharmacy outperformed 87% of like hospitals with regard to employee expense, and outperformed 95% relative to drug expense.

During his 36-year tenure, he was integral in early adaption and implementation of decentralized pharmacy services. This service was completed house-wide in 1988 to include the use of pharmacy technicians to expand pharmacist clinical services.  An early adaptor of automated dispensing technology in 1992, he began process improvements leading to a national award in 1997 where all dispensing come from this technology house-wide.  Most important was the expansion and positive impact to patients from the 900% increase in clinical pharmacy service hours.   As Pharmacy Director, Gilbert led the initiative to contract with Epic as their first hospital inpatient pharmacy.  A two-year collaboration with Epic led to the development, and implementation of Epic’s first version of Inpatient Pharmacy Software – EpicRX (now Willow).  In 2010 Gilbert led an early adoption and implementation of Barcode Medication Administration.  More recently Gilbert worked collaboratively with several teams to bring to fruition a pharmacist led Pain Team, Glycemic Management Team, an Antimicrobial Stewardship Team, and Discharge Medication Reconciliation Team.  As well, Gilbert oversaw the development and implementation of a Pharmacy Technician led Admit Medication Reconciliation Team and Discharge Meds to Beds Program.

During 2005-2008 Gilbert was selected by TMC to be trained by General Electric as a Six Sigma Black Belt.  In 2008 he trained and worked as a Six Sigma Master Black Belt.  During this tenure he worked and oversaw projects that significantly improved many hospital processes.