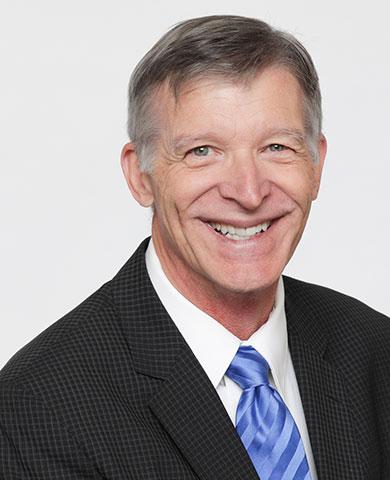 James Jorgenson (MS, RPh, FASHP) is the CEO of Visante. Before assuming the responsibilities of Visante corporate leadership, he was President, Visante Hospital & Health System Services practice. In collaboration with Visante founder, Michael Flagstad, he was instrumental in developing the overall strategy and service areas for each of Visante’s international companies.

Jim’s more than 30–year career has included pharmacy oversight of some very large health systems and their network associations as well as academic leadership in graduate pharmacy education. He is credited with more than 80 articles in the professional literature and is a sought–after speaker, having given more than 200 presentations to groups in the US, Sweden, Australia, Japan, Spain, Canada, and the United Kingdom

Prior to working with Visante, Jim was Chief Pharmacy Officer, Vice President of Indiana University Health (IU Health), the largest and most comprehensive state-based healthcare system in Indiana. In this position he was responsible for the design and operation of the system's pharmacy services supporting IU Health's integrated delivery network. This included the IU Health hospitals, retail pharmacy operations, IU Health insurance programs, and IU Health medical staff through their accountable care organization and medical home infrastructures.

Before this, Jim was Administrative Director of Pharmacy Services for the University of Utah Health Care in Salt Lake City. In this position he was in charge of all pharmaceutical care for the University Health Care system. This included pharmacy care for inpatient services at University Hospital, University Neuropsychiatric Institute, the Huntsman Cancer Hospital, and the University Orthopedic Center. He was also responsible for pharmacy services provided in ambulatory programs including Home Infusion, the Huntsman Cancer Institute, the Moran Eye Center, and 13 clinic pharmacies and multiple clinics where direct pharmacist patient care is provided. Under his direction pharmacy services were also provided for Allen Memorial Hospital and San Juan Regional Hospital, in Southern Utah. He was also appointed Interim Administrative Director for Solid Organ Transplant Services and directed pharmacy services for the 2002 Winter Olympic games in Salt Lake City.

Jim's leadership has also extended to numerous profession organizations and societies. He was vice president of the Indiana Society of Hospital and Health System Pharmacists (ISHP) and the president of North West ISHP. He has served on numerous councils and committees for the American Society for Hospital and Health System Pharmacists (ASHP) and is also a fellow of this organization. He serves as President of the Specialty Healthcare Benefits Council  and is a member of the faculty for the ASHP Foundations Pharmacy Leadership Academy. In 2017 Jim received the ASHP John W. Webb Lecture Award, which honors pharmacy practitioners or educators who stand apart from others because of their extraordinary dedication to fostering excellence in pharmacy management and leadership. In 2008 he was given the ASHP Award for Distinguished Leadership of Health-Systems Pharmacy Practice.

Jim Jorgenson received a BS in Pharmacy with High Distinction and a MS in Hospital Pharmacy Administration both from the University of Minnesota. He was a Leonard Davis Institute of Health Economics Fellow at the University of Pennsylvania's Wharton School Pharmacy Director Executive Management Program. He is licensed in Minnesota, Illinois, Indiana, and Utah.