A medical mission trip: serving the poor in The Gambia and a major wardrobe overhaul

On January 24th, 2020, Dr. Ghalib Abbasi, PharmD, MS, MBA, System Director of Pharmacy Informatics at Houston Methodist, and Senior Consultant at Visante., embarked on a medical mission trip to The Gambia in western Africa. The team composed of 3 physicians, one nurse practitioner, and a pharmacist was performed with collaboration between IMANA (Islamic Medical Association of North America) and the Oasis Initiative; both Chicago-based organizations. The mission took place in poor areas surrounding the capital, Banjul. During the five-day mission trip, the team treated over 800 patients; mostly suffering from chronic conditions that require long-term maintenance medications and therapies.

Daily schedule of the team started with a light local breakfast, followed by a 12-hr working shift (7:30 am to 7:30 pm) that included lunch.  This schedule took part Monday through Friday. The pharmacy, in particular, was very busy. As the pharmacist, Dr. Abbasi dosed and dispensed all medications and counseled patients on proper use.  With few local helpers in pharmacy, counseling was conveyed to patients in their local language (African Wolof) when English was not understood. Dr. Abbasi ended up learning a few Wolof phrases that assisted him in such counseling as well!  An example of pharmacist-based services provided was in the cases of pediatric asthma, where spacers were demonstrated and provided to the parents to take home to assist their children better manage asthma. Other patient education was provided to manage diabetes, hypertension, and other illnesses.  Dr. Abbasi recalls one particular moment with a family of 2 asthma boys, 3- and 5-year old, and their mother, where the mother indicated how difficult it would be to administer any medications to her sick children.  Two spacer devices were provided by Dr. Abbasi to the mother where he also educated her via demonstration of the proper use of the device with the albuterol inhalers.  The 5-year old child refused initially the device and started crying.  With some easing words utilizing the translator, the child finally accepted to try the device and received his first dose.  A few minutes later, the spacer became the child’s favorite toy as he won’t let go!  Mother was, of course, instructed to wash with warm water and keep out of reach of children since these would be expensive “toys” to replace!

One of the challenges faced by the team was the prevalence of counterfeit medications in the region. To avert, medications have been ordered from reliable manufacturers in the UK and Germany, and then supplied to patients in 3 to 6-month supplies to achieve the most sustainable healthcare possible.  Gambia’s population is a little over 2 million; 70% of whom are below the poverty line. With an average income of around 20,000 Dalasi ($400) per individual per year, most individuals do not have the means to access healthcare or pay for any treatments or procedures. In addition to the counterfeit drug crisis, the healthcare system and resources in the country are suffering from equipment and worker shortage, and very poor healthcare infrastructure.

Due to the prevalence of Yellow Fever and Malaria in that region, participants needed to take appropriate vaccination and prophylaxis prior to departing the US. Fortunately, no patient encounters were faced with such conditions. The Tsetse fly that causes Human Sleeping Sickness exists in The Gambia and is naturally attracted to blue/black clothing colors. The medical mission team members tried to avoid taking with them any clothing of these colors. Unfortunately, these colors constitute around 90% of Dr. Abbasi’s closet!

The team returned to the US on February 1st, 2020 following a successful mission, and with the intent to send further medical missions several times per year to The Gambia. 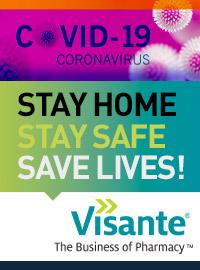