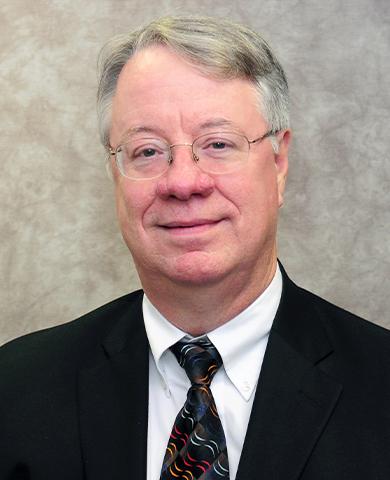 Jim Toohey (MS, RPh) is a Visante Consultant with more than 20 years’ in hospital and clinical pharmacy and 10 years in the healthcare technology industry.

Jim’s leadership in pharmacy at Aultman Hospital helped to make it one of today’s top 100 hospitals in the nation. He was hired three times by this health system because of his specialized knowledge in pharmacy technology and computerized systems.

As Co-Director of the Aultman Hospital Pharmacy he developed, designed, installed, and implemented a new state-of-the-art pharmacy department equipped with multiple carousels, robot, high-speed packager, cabinets, and USP 797 clean room based on patient safety initiatives. During this time he worked with three different vendors to provide a beta site for new technology helping to craft cutting edge solutions for pharmacy services.

Woven in between his employment with Aultman Hospital, Jim was Vice President, Professional Services, North Region, with AmerisourceBergen Corporation. Before this he was a Pharmacist Sales Consultant with Diebold, Inc, which sold its product line to MedSelect, Inc. where he continued on as an account manager. When MedSelect sold its product line to AutoMed Technologies, Jim was promoted to Product Specialist where he distinguished himself as top sales individual for that line.

He attributes his success in product sales to his personal ethics that insist on sharing a solid and truthful understanding of his product lines at all times and with all customers.

Prior to his work with several medical technology companies, Jim was Director of Pharmacy for ten years at Aultman Hospital. During this time he was responsible for implementation of a Cerner pharmacy information system which included MSMEDS, MSSCRIPT, and Inventory Control modules, McKesson Automated Healthcare Incorporated’s automated pharmacy robot, and Diebold Medselect drug dispensing stations throughout the hospital as well as pharmacy services to satellite urgent care and surgery operations.

Jim also provided pharmacy consultancy to Aultman’s managed care service and developed an in-house formulary for its use. As a cost-savings to the hospital, he was responsible for setting up and operating a wholesale pharmacy that also sold pharmaceuticals to physician offices.

Because of Jim's extensive understanding of pharmacy technology and automation, the American Society of Health-Systems Pharmacists (ASHP) has asked him to present at numerous major meetings. He is also a member of the American College of Healthcare Executives (ACHE) and has held several leadership positions with the Ohio Society of Hospital Pharmacists. Jim served in a leadership role for several pharmacy system user groups and advisory boards. He was selected for membership on the Novation IT Task Force for 2013-2014.